Especially during times of pain and conflict, sometimes I think we need to say to ourselves, to others in our life, and to the world at large: “hey, I’ll just meet you in the music”

I’ve had to do this today.

So much has been happening in my world and in the world since my last Note. So many endings and completions, so much death and loss, beginnings and voids, and yet joy and successes to boot. What a mixed bag!

With so much unprecedented change taking place at breakneck speed and things leaving and entering our lives in the macro and the micro and in all kinds of ways, the tendency can be to get stuck in the head about it all; to read all the opinion-based articles and try and understand; to retell our stories about how things are and who is right and who is wrong, until we are blue in the face; and to identify with all the limiting thoughts and beliefs.

Yet there are so many emotions in us too at this time, so much to process, feel through and honour – so much so that if we just stay in the head, we will remain trapped in the suffering. What isn’t felt in the closed-down heart then festers and turns into perpetual disconnection from self and others, blockage and disease.

Sometimes we need a bridge to get from head to heart.

Because sometimes the emotional pain is so strong we simply cannot articulate it, nor even scribe it in prose or poetry.

Sometimes we are not even sure we can feel it because we have buried it, or that we will be able to bear it if we do feel it.

Sometimes the conflict or dissonance between humans can feel so strong, rooted as it is in conviction or ”poor me” or the need to defend behaviours, that getting to a place of emotional honesty and vulnerability and even reconciliation seems unlikely if nothing changes above ground.

Music can be that much needed bridge…

…Especially when it’s the kind of music that is not really about the words or understanding or relating to them – but about the feeling of the individual notes as the flow; music that has the capacity to bypass the conscious mind and touch one deep at the cellular level; music flooded with the energy of love and grace, and the unseen that is at work at all times…just like the invisible wind that can touch chimes in a profound way to bring about something else, something new that didn’t exist before. 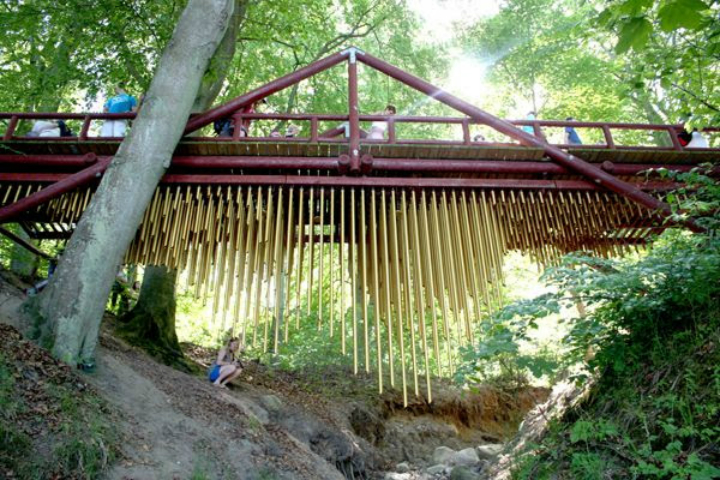 The kind of music I am talking about can be:

A voice for what yours hasn’t been able to emit.

An opener and un-locker for emotions too dammed (and damned).

The long inhale or exhale, releasing you from the holding on and holding in.

A hand within you, palm upturned in open invitation.

A river that can flow through you, reawakening vital life force.

Today I turned to such music, listening not to the words but to the feeling and vibration of it. The music that crossed my path was a specific rendition of k.d lang’s ‘Hallelujah’’ (originally by Leonard Cohen). The feeling and sheer vibration was healing balm to my heart as I stood both in my micro and my macro worlds.

You know, Leonard Cohen once said of his song:

“This world is full of conflicts and full of things that cannot be reconciled but there are moments when we can transcend the dualistic system and reconcile and embrace the whole mess and that’s what I mean by Hallelujah. That regardless of what the impossibility of the situation is, there is a moment when you open your mouth and you throw open your arms and you embrace the thing and you just say ‘Hallelujah! Blessed is the name.’  And you can’t reconcile it in any other way except in that position of total surrender, total affirmation. That’s what it’s all about.”

I can’t change what has happened for me recently with my family of origin. I can’t un-happen what has happened; the loss, the secrets and lies from them, and the betrayal, the actions of all that led to this. And when I stay in my head about it there is only division and pain and suffering. I also cannot un-happen some of the things that have happened in the world of late. And when I keep saying they shouldn’t have happened and just get wholly enmeshed in resisting the happenings that have already happened, well then I suffer.

Just like with the world at large, inner peace only comes by opening the heart, and by coming to a place of surrender and full acceptance for what is so in the way it is so. It doesn’t mean we will or won’t take further actions, but we will stop putting all our energy into resisting what is so far so.

Music of a certain vibration can help get us get to this new place within.

I experienced the power of this when Gordon was in coma too. As I played his favorite CD, by a blind aboriginal artist called Gurrumul, the music became one of my bridges into surrender. It was also the place where I could meet Gordon in the energetic space of the heart, and where I and others could meet each other across the ether. As I write in the book:

“And all the while, Gurrumul sang, a sound so expressive of the highest vibration, that it was capable of being the bridge that could connect us to this shared humanity and divinity…. Feeling another through the heart space dissolves the barriers that prevent deeper connection, and breaks down the labels and definitions that dictate how we must see and therefore behave’’ (page 197, The Love of One)

I’m going to leave it there for this week.

I hope you enjoy the clips below of the songs I mention.

Let Gurrumul be a balm for us all in the world at this time. And let our hallelujah’s need not have anything to do with religion but instead simply be the throwing open of our arms to that which is deep surrender – the only place from which fresh and clean new actions can come.

May this music and other pieces like it infuse you with its own grace and Love.

We need that in our times, regardless of whether we class them as good and joyous or painful and unsettling. xx

(NB thanks to Mark Nixon for his photograph of Chimecco Chime Bridge, a wind chime installation in Aarhus, Denmark)